In this session from Equity Research and Valuation, Ed Yardeni covers a brief history of stock market valuation models using the Yardeni Model covered in the CFA Program Level III curriculum. He also discusses the art and science of valuation modeling and the effects of powerful secular trends (including demographics, technology disruption, and more) on earnings growth, inflation, and valuation. Mr. Yardeni considers stock market predictions and the interconnectedness of stocks with bond, commodity, and currency markets and addresses an important question: Where do we go from here? 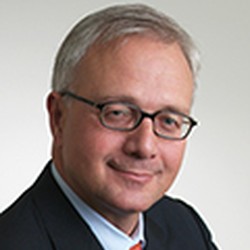 Ed Yardeni is the president of Yardeni Research, Inc., a provider of global investment strategy and asset allocation analyses and recommendations. He previously served as chief investment strategist at Oak Associates, Prudential Equity Group, and Deutsche Bank’s US equities division in New York City. Dr. Yardeni has also served as the chief economist at CJ Lawrence, Prudential-Bache Securities, and EF Hutton. He has taught at Columbia University’s Graduate School of Business and was an economist at the Federal Reserve Bank of New York. Dr. Yardeni has also held positions at the Federal Reserve Board of Governors and the US Treasury Department. He frequently appears on CNBC and Bloomberg Television and is quoted in the financial press, including the Wall Street Journal, the Financial Times, the New York Times, and Barron’s. Dr. Yardeni is author of Predicting the Markets: A Professional Autobiography. He completed his undergraduate studies magna cum laude at Cornell University, received a master’s degree in international relations from Yale University, and earned his PhD in economics from Yale University.