Review of recent performance data across a wide range of credit and private debt asset classes such as corporate and EM bonds, loans, CLOs, direct lending and a few alternative niche strategies.Putting the performance data into perspective, and comparing it with other events, as well as why the Coronavirus Crisis is different from other crises from a macro perspective.

- Evaluate the relative attractiveness for each asset class based on risk- return metrics, measures, and models.

- Assess the opportunities and risks across the wide range of credit and private debt asset classes. 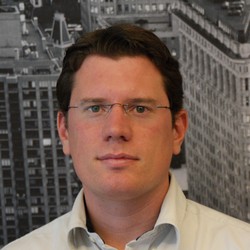 Dr. Christoph Gort is a founding partner of SIGLO and leads the credit and private debt services. He started his career at the City of Zurich Pension Fund in 2003. As a member of the investment team he oversaw the investments in hedge funds, commodities, active equities and the currency overlay program. In 2008 he joined Harcourt Investment Consulting AG as a Fund of Hedge Funds Analyst and became Head of Fund of Hedge Funds Research in 2010. In that role Christoph advised Swiss pension funds as well as private banks on fund of hedge funds investments. Christoph holds an MBA in economics from the University of Berne and a PhD from the University of Zurich, specialising in Behavorial Finance. He published academic papers as well as articles and presentations on overconfidence, pension funds, alternative investments and active management.