Transferable skills play an increasingly important role in the work environment and the asset management industry is not an exception. In response, CFA Society Switzerland is pleased to introduce a new series of events, called Career Skills Academy!

Together with three executive education professionals - Doris Saouma, Kirk Kinnell and Christoph Lemke - we will discover various facets of transferable skills during 9 online workshop events. The whole initiative will be launched on 28 October 2021 during a kick-off panel discussion with our speakers.

A number of available seats for a single workshops is limited to 25 places only, therefore do not hesitate to register! In the link below you can enroll for the whole series of 9 events, for selected thematic blocks or an individual session.

Book your place now and take advantage of the discount when you pay for all workshops or a block of any three events.

Registration for (a) Seminar/s will open on 7 October

Detailed agenda of the subsequent events: 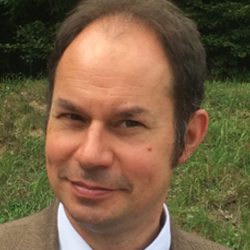 Prior to joining SES in 2013, Christoph Lemke was 7 years at PriceWaterhouseCoopers Luxembourg, designing and organizing training seminars on a wide variety of topics. Before that, he worked 6 years for Goodyear in Luxembourg as a Training Manager, responsible among other things, for learning and change management in the European Research Center. However, his first full-time job was with a major Business School in the Baltics as lecturer and head of the language department. His work has always been about learning and teaching in very different settings, on a variety of topics, and with very different target groups. Christoph is an active board member for the CFA Society Luxembourg, promoting professional and ethical standards in the financial sector. 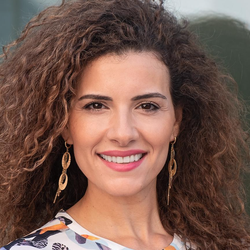 Doris Saouma is a Leadership Circle Certified (TLC) Coach, accredited by the International Coaching Federation (ACC), a Co-Active Coach (CPCC), and an Organization and Relationship Systems Coach (ORSC) who integrates Somatic Coaching and Neuroscience in her programs. Doris works with organizations and leaders in business and finance who choose to rebel against the normalcy and become role models in their leadership for the cause they are championing. Doris’s Client include executives and teams at Credit Suisse, UBS, McKinsey, HSBC, Teleios Capital, The Swiss Biobanking Platform, The International Committee of the Red Cross, and the International Labor Organization, among others. Prior to her career in coaching, Doris worked for 11 years in the finance industry holding various positions at national and multinational firms, in audit, equity research, financial analysis, risk management, management consulting, compliance, and academia. Doris earned a B.A. in Business Administration from the American University of Beirut, a Masters of Science in Real Estate Finance and Investment from the New York University, and is a CFA charter holder. She was born in Lebanon and lives currently in Zurich with her husband and 3 children. 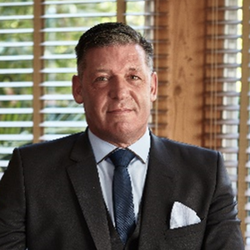 A recently retired and highly experienced police negotiator, Kirk has been deployed as the lead negotiator on a number of occasions where UK nationals have been kidnapped abroad. He has instructed on Hostage and Crisis Negotiation since 2001, within the UK and abroad. As the recent Head of Hostage Negotiation and Armed Policing in Scotland, he has a unique insight into both disciplines, which complement each other in the resolution of conflict. He has spoken at various National Conferences including Columbus Ohio, Sweden, Dubai, Japan and has instructed internationally at the Hostage Crisis Negotiator Course of the Federal Bureau of Investigations (FBI) in Quantico, Virginia, USA. He has represented the Foreign and Commonwealth Office (FCO) on the U.K. Government Counter Terrorist Bilateral Assistance Programme by training the Philippine National Police. He was also recently the lead advisor to U.S. Law Enforcement and produced models for Conflict Resolution, Decision Making and De-escalation of Force, training in Boston, Washington, New York, Savannah and New Orleans. He currently shares his experience and delivers training to the private sector on business negotiation, listening and influencing skills throughout the U.K. and beyond to places like New Zealand, Brazil, Singapore, China, Dubai, Republic of Ireland, Holland, Denmark, Germany, Switzerland, Serbia, France and Italy. As a contracted negotiator, he has been involved in numerous contract disputes and financial resolutions, having recently settled a nine figure amount for a client. He is an associate of ADN Group (Paris). In terms of Higher Education, he has a BA Degree in Policing Studies from Strathclyde University and a Certificate in Terrorism Studies from St Andrews University. He currently delivers training to students in the UK at the University of St Andrews and Cambridge. In addition, he delivers training on the Executive MBA programme at both the Universities of St Gallen, Switzerland and HEC in Paris. He is a married man living on the outskirts of Glasgow with his wife and two children.